“You’re not the POTUS; you’re the BLOTUS,” said Late Night host Stephen Colbert about Donald Trump. “You talk like a sign-language gorilla got hit in the head.”

I laughed along with everyone else in his audience. After all, Colbert was simply paying the President back for insulting CBS correspondent John Dickerson. But how do such jokes make Trump’s supporters feel—and how does my laughter affect our ability to communicate with each other?

For answers, I turned to Thomas Ford, a psychologist at Western Carolina University and editor-in-chief of HUMOR: The International Journal of Humor Research.

Ford’s interest in humor began during his graduate studies, when he learned about how good-hearted people who don’t think they are prejudiced will sometimes behave in a discriminatory manner anyway under certain conditions—when social norms for behavior are unclear. This idea intrigued him and made him want to better understand what social norms might lead to prejudice.

Then one day he was talking with an old high school buddy, and a light bulb went off. They’d been telling each other off-color jokes, and it occurred to Ford that humor was something that created ambiguous norms in social situations. That realization eventually led to his current career of studying humor and its effects on prejudice and stereotyping.

I spoke to him over the phone to ask him what his research can tell us about humor and its ability to act as either a social glue or social divider.

Jill Suttie: Can you describe what some of your research shows about the impact of humor on prejudice? 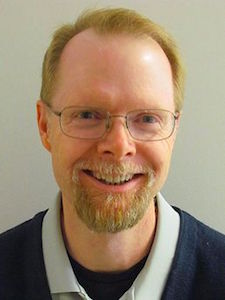 Thomas Ford: My first investigation with humor had to do with humor as a releaser of prejudice. I found that when people are exposed to racist or sexist humor, they are generally more comfortable expressing prejudices or sexism that they carry with them but would normally suppress.

But exposure to sexist humor or racist humor—or other forms of humor, for that matter—doesn’t seem to affect people’s attitudes or beliefs. For example, in my studies, men exposed to sexist humor didn’t change their attitudes towards women; they didn’t have more negative associations with women. Instead, the sexist humor created a social environment allowing for the expression of negative attitudes that already existed. And that is what resulted in increased prejudiced behavior—like a lack of willingness to help someone in need or an increased willingness to tolerate discrimination of a target group.

JS: Why would humor shape the expression of prejudice in ways that other types of communication don’t?

Disparagement humor appears to evoke a shared understanding of its implicit message only for recipients who approve of it—that is, switch to a non-critical humor mindset to interpret it. So, if you tell me a racist or other disparaging joke, and I laugh or otherwise appreciate the joke, then I tacitly assent to a shared agreement (a social norm) with you that it’s okay in this context to make light of discrimination.

JS: Does sharing a joke that’s not derogatory toward others have a different kind of impact than disparaging humor on cross-group relationships?

TF: Yeah. Non-aggressive forms of humor have a real bonding effect. There’s a special connection we make with one another when we laugh with one another. For example, Karen Vinton found that employees in a small business felt closer to one another when they exchanged jokes and humorous stories. Also, humor theorists have noted that gallows humor—jokes about one’s difficult or hopeless circumstances—can serve a bonding function for people.

More recently, researchers have distinguished between positive uses of humor that serve a bonding function from negative, aggressive uses of humor that can be injurious. Campbell and colleagues, for instance, found that couples reported feeling less distressed, more satisfied with their relationship, and closer to their partner insofar as their partner engaged in “affiliative humor”—telling jokes and funny stories to entertain others and to help them enjoy social interaction. In contrast, they felt less satisfied with their relationship and less close to their partner to the extent the partner used “aggressive humor”—teasing, put-downs, or ridicule.

JS: I sometimes worry watching late-night humorists like Stephen Colbert or John Oliver (who frequently skewer right-wing politicians) negatively impacts my views of political conservatives. But I find watching those shows relieves my stress over our current political divide. Is there research around how humor relieves stress? 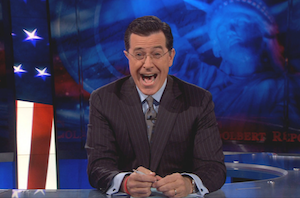 TF: Humor definitely releases stress. In one study I did, people came into my lab, and I surprised them with a really hard math test from the SATs. Since they didn’t expect that, it was a stressful situation for them—you could see them squirm. Then, while they were waiting to take this math test, I gave them some reason why we couldn’t do it right then—we had time to kill—and I gave them either a series of cartoons or poems. The cartoons were really funny and interesting; the poems were interesting, but not funny. Or they got nothing at all, just a break. Then, I measured how well they did on the test and how much anxiety they associated with the test. When people read the cartoons, they had less anxiety associated with the test and they did better on the test.

There’s quite a bit of literature on the relationship between exposure to humorous material on stress reduction and anxiety reduction. But I think what you are talking about is a little different. Watching late night comedy shows might relieve your stress, it might entertain you; but it’s certain to entertain you only because you don’t like the targets of the humor. If you happened to like the target being ridiculed in disparaging humor, you would not take it as a joke and not find stress relief.

There is some research suggesting that out-group disparaging humor enhances in-group cohesion, particularly when members of the in-group experience a threat to their social identity (e.g., perhaps feel their values or ideology are under attack). This could be another reason you feel stress relief—you feel that the humor somehow protects your group from social harm.

JS: Do you think enjoying disparaging humor entrenches you in your views, then?

TF: I think it does. I think it’s polarizing. I don’t have any data to speak to that, though. It’s just that I do know that when we discuss our views with like-minded others, we tend to become even more extreme.

When we are sharing our disparaging humor, we are agreeing that it’s okay to delegitimize a particular group of people or a particular position. How would you feel while watching something like that, knowing that others are enjoying the humor at your expense? My guess is you would not feel closer to those people; you would feel even further from them, because it highlights your differences and the fact you do not see eye to eye with them.

JS: Do you think your research leads to some kind of prescriptive advice, and if so, what would it be?

TF: People who have an audience—whether they be late-night performers, or professors in front of a class—should use humor responsibly, because it does have consequences. Disparagement humor can affect the ways people think about and respond to the target.

People may have the view that anything said in the name of humor or for the purpose of entertainment is okay, and that if people take it another way, then that’s their problem. But that doesn’t relieve them of their social responsibility.

JS: How do you think humor could be used to heal our political divide rather than encourage it?

Martin Lawrence provides a good example of this type of humor by making fun of stereotypical ways that white and black people watch movies. By trivializing our divisions, perhaps humor could function to subvert rather than intensify them. Maybe that would lead them to focus on and make more of their commonality.