Who is courageous? Is it Caitlyn Jenner, the former athlete and reality TV star, for going public with her decision to transition from male to female—or an American soldier who gave life or limb in Iraq? 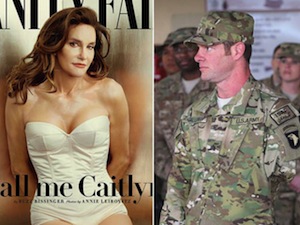 Caitlyn Jenner (left, on the cover of Vanity Fair) won the Arthur Ashe Courage Award from ESPN. This triggered a social media uproar, with many arguing that it should have gone to U.S. Army veteran Noah Galloway (right), an athlete who lost an arm and a leg in Iraq.

“As I see post after post about Bruce Jenner’s transition to a woman,” said Oregon resident Terry Coffey on social media, “and I hear words like, bravery, heroism, and courage, just thought I’d remind all of us what real American courage, heroism, and bravery looks like!” A picture of toy soldiers accompanied the post, which went viral and was shared almost a million times.

What about terrorists like Charleston shooter Dylann Roof, Boston marathon bomber Dzhokhar Tsarnaev, or the men who flew planes into the World Trade Center?

Less than a week after the September 11th attacks, comedian Bill Maher disagreed with the President’s characterization of the terrorists as cowardly. “We have been the cowards, lobbing cruise missiles from 2,000 miles away. That’s cowardly,” said Maher. “Staying in the airplane when it hits the building, say what you want about it, it’s not cowardly.” His commentary led to the cancellation of his late-night talk show on ABC.

Clemson University psychologist Cynthia Pury isn’t surprised by these controversies, for they reveal the ways that courage is very much in the eye of the beholder.

“Courage happens when someone perceives a valuable, meaningful goal in their environment,” she told me at the World Congress on Positive Psychology in June. “But in order to reach that goal, they have to take a personal risk, and they make a voluntary choice to do so.”

In fact, focusing on the goal is what allows us to appear courageous, especially in a split-second emergency. “A lot of time people are just so distracted by the goal that they don’t have time to be afraid,” she said.

The trouble arises from the fact that not everyone shares the same goals. Thus we tend to see courage as a limited resource, competitively allocated to elevate certain goals and downgrade others. Pury’s research has zeroed in on the nature of different kinds of courage and what we can do to cultivate them—work that gives her special insight on many contemporary debates.

Who gets to be courageous? 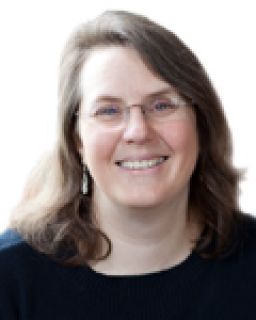 Cynthia Pury is a professor of psychology at Clemson University.

Pury’s research has found that courage is more likely to emerge when a person sees a meaningful goal and then believes he or she has the ability to achieve that goal, a product of cognitive appraisal she calls “process courage.”

A man is more likely to run into a burning building to save kittens if he has the training and equipment to do so. A man who runs into the building without those things might be seen as courageous—but not, perhaps, very smart. A third man who has the training and equipment but doesn’t see saving kittens as a worthy goal would simply stand on the sidelines. So whether to take action depends on a person’s goals, as well as evaluations of personal risk and his own ability to achieve the goal.

But how will observers view that private decision? Here’s where things get interesting—and debatable.

Much, argued Pury, depends on whether other people share the goal in question. For many in the community of people who have transitioned from one sex to the other, Jenner is a hero: an accomplished male athlete who was willing to embrace a new celebrity identity as a woman. In this view, it took personal courage to go public with a very intimate decision—and by doing so, pave the way for others with less social power and wealth to follow the same path. She had the resources to create an image for others to pursue.

The conservative reaction was very different. To many conservatives, Jenner’s goal—to raise the visibility of transgendered people—is socially destructive.

To a degree, it’s a problem of empathy and group affiliation. “If it’s your lived life, you know that that transition is really important and you value that goal because you’ve pursued it yourself,” said Pury. You would also know firsthand all the barriers and hostility that Jenner would face. Knowing something about her struggle might make her courageous in your eyes.

But to conservatives, all of that pales in comparison to the goal of maintaining rigid barriers between men and women, a dichotomy on which they say the American family depends. In the pages of the National Review, Doug French framed courage as resistance to the trend Jenner represents.

“By refusing to speak, we contribute to the notion that even conservatives understand that something is wrong—something is shameful—about our own deepest beliefs,” he writes. French (an Iraq veteran) is not willing to attribute courage to Jenner, instead granting it to members of his own self-defined group, people who share his values, experiences, and goals.

Courage isn’t universal, it seems. Far from it. But are some kinds of courage better than others?

Pury’s research suggests that courage is something we grant to validate certain goals and withhold to invalidate others. While it might seem as though Jenner and an American soldier could both be courageous, in fact we appear to feel a strong impulse to treat courage like a finite resource that goes to some people but not others. Just as we sometimes withhold empathy or compassion from out-groups, so we will refuse to grant that people can be courageous if we don’t approve of their goals or values.

But don’t the actions of terrorists like Roof or Tsarnaev meet the technical definition of courage, of pursuing goals at great personal risk to themselves? Both young men are now sitting in jail, and Tsarnaev is on his way to the death chamber.

Pury argued that there is such a thing as “bad courage,” which she defines as bravery in pursuit of goals that result in the destruction of oneself or of other people. Courage, she said, contains three basic elements: noble goal, personal risk, and choice. Bad courage has a goal, but it’s not a noble one. “Like when someone’s goal is to kill a lot of people or to start a race war,” she said. “Or when someone’s goal is, quite frankly, to kill themselves.”

With her colleague Charles Starkey, Pury has analyzed narratives of people who have demonstrated anti-social, or bad, courage, such as suicide notes or the manifestos of mass killers.  “They may not call it courageous,” she said. “They very commonly talk about the goal and how important the goal is to them. They talk about the risk or fear that they’ll experience.” In these narratives, people will say, “I feel that I am the only one who can do this.”

Here is a quote from Dylann Roof’s manifesto, posted shortly before he murdered nine people in a Charleston church:

I chose Charleston because it is most historic city in my state, and at one time had the highest ratio of blacks to Whites in the country. We have no skinheads, no real KKK, no one doing anything but talking on the internet. Well someone has to have the bravery to take it to the real world, and I guess that has to be me.

Pury said she conceived of “bad courage” when watching coverage of the Virginia Tech shooter, who in 2007 killed 32 people. “I die, like Jesus Christ, to inspire generations of the Weak and Defenseless people,” writes Seung-Hui Cho in his manifesto. “Like Moses, I spread the sea and lead my people—the Weak, the Defenseless, and the Innocent Children of all ages.” Pury said that he’s referring to “people who are picked on like he was picked on.” Cho, like Roof, was an army of one, fighting for a country that existed only in his imagination. It was a battle he lost, and few outside his family mourn his death.

But does that mean he had no courage? It is difficult to get away from social context and even personal revulsion when allocating courage. Pury uses the example of same-sex marriage to show how culture and shared goals define courage. To opponents, the county clerks who quit their jobs rather than certify same-sex marriages are true heroes; to them, people who fought for the rights of gay and lesbian couples to marry are examples of, at best, bad courage. To everyone else, those county clerks appear to fighting for a very bad goal—the systematic exclusion of one class of people from a bedrock social institution.

Pury acknowledges that it’s difficult to attribute courage with any objectivity. Indeed, it may be impossible. 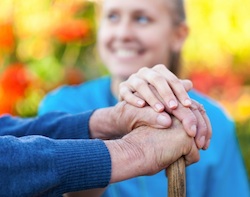 Most research into courage looks at extraordinary and extreme situations. But Pury’s insights might be even more true in daily life.

Within the most traditional marriages, people are sometimes confronted with choices that are about good goals versus bad goals—but the difference between them is often murky. If you fall in love with someone who is not your spouse, for example, does courage consist of following your heart or sticking with your commitment?

To a degree, Pury’s research raises more questions than it answers, some of them more philosophical or existential than psychological. But one of Pury’s messages is that people are often more courageous than they think they are. When people call themselves cowardly—often about facing the challenges of day-to-day life—Pury finds that they are often struggling under huge emotional burdens.

“As a clinician, my experience has been that those people are talking about how they have post-traumatic stress disorder.” They might have suffered violence or sexual abuse in childhood, leaving wounds that are invisible to others but that “prevent them from engaging with the world as fully as they might otherwise.” In fact, “you could also see those folks as having a tremendous amount of personal courage.”

What about people facing a serious illness? During my conversation with Pury, Kathryn Britton of Positive Psychology News Daily pointed out that there are some, especially Europeans, who find it strange that Americans will tend to call people courageous as they go through treatment for a terminal disease. In this case, that element of “choice” is missing, one of the three characteristics of courage.

But Pury replied that we do have choices about how to respond to circumstances we can’t control. She points to a qualitative study of cancer patients who were able to turn the focus off themselves and were still able to do “pro-social things.” In other words, they were still able to help others or make things easier for other people even as their bodies gave out—to be selfless as they suffered. There may be heroism in how they approach death, for that’s something we must all do eventually.

When we attribute courage to a cancer patient, said Pury, “maybe what we are really saying is ‘Thank you for going through cancer in a way that doesn’t scare the s*** out of everyone else.’” The patient becomes a model to others for facing the inevitable.

In the end, we might be better off deliberately seeking the courage in the people around us, instead of trying to take it away from them. Our spouses, children, parents, grandparents, friends—and perhaps even some of our enemies—might turn out to be braver than we thought.