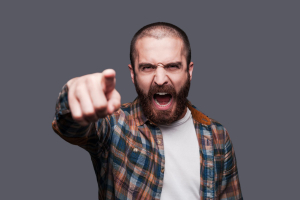 Anger even showed up at this year’s Academy Awards, when actor Will Smith slapped Chris Rock onstage for making a joke about his wife. “A joke about Jada’s medical condition was too much for me to bear and I reacted emotionally,” wrote Smith in his apology to Rock.

Smith certainly isn’t alone. According to polls, Americans (and people around the world) are feeling angrier than they have in a long time, which may be creating downstream consequences for society, like more domestic violence and gun violence. Politicians and media are fomenting more social anger for their own ends, increasing polarization and making it easier for people to fall prey to misinformation—all to disastrous effect.

If we want a more informed, compassionate, and cooperative world, we need to deal with widespread anger in better ways. To find out what can be done, we spoke with anger expert Raymond Novaco of the University of California Irvine’s School of Social Ecology. Novaco is a renowned expert on “anger management” (a term he coined) and has developed a way to help people whose anger has gotten out of control. 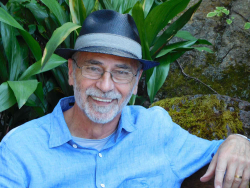 Jill Suttie: Why do people seem angrier these days?

Raymond Novaco: We had a fair bit to be angry about early in the COVID epidemic. We’re living in an anger incubator, and it certainly has played out that way. You can only lock people up for so long before they start to misbehave.

The uncertainty of the epidemic—how it originated, what the government has done about it, and lack of clarity on sensible policies—inevitably makes people frustrated. That’s above and beyond not being able to see other people and have normal interactions or get on with work. Many people lost their jobs. It’s a long inventory of frustrating, aversive experiences. When such things happen, you have more points of friction. The more points of friction, the angrier people are going to get.

JS: What are the long-term consequences to society of anger like that?

RN: The country is so ideologically polarized. If you want to hear negativity about Democrats, turn on Fox News; if you want to hear negativity about Republicans, turn on NBC or CNN. Now that the war in Ukraine is happening, we’re starting to get something looking more like real news. But, most of the time, what you’re getting is a tribal narrative, and that’s bad for the country and for people in general. It creates animosities and a lack of confidence in our political leaders and their wisdom and guidance. If people start linking their own identities towards one political position versus another, they get entrenched in those positions, and then everything coalesces around preexisting beliefs and confirmation bias.

JS: Why do we get angry at all, given its destructive capabilities?

RN: We’re hardwired for anger. It’s the emotional component of the fight-and-flight response and has lots of functionality. It energizes us when we’re faced with obstacles and need to persevere. It’s a relevance detector. If you start feeling angry, your system is telling you there’s something happening that’s relevant to you and your needs. It has communicative value in all kinds of interactions. Some people don’t get around to saying they’re bothered by something or there’s something wrong, either in a relationship or a work situation, until they get angry and express it. It also has potentiating value. All of the social movements I’ve seen in my lifetime come about because of anger. It helps people take charge of dealing with injustice or victimization.

Those are the positive, adaptive functions of anger. Unfortunately, it’s got a lot of other functions. Anger narrows our attention in a way that prevents us from processing other mitigating information. We have trouble viewing a situation in a different way or seeing it’s not quite what we think it is. Anger has a social distancing function, too. It’s an ego defense, acting as a type of character armor, pushing people away and keeping them at a distance so their vulnerabilities are protected.

Anger isn’t always a problem. But when it becomes too frequent and too quick to arise, when it lasts too long, and when it comes out as physically aggressive and violent behavior, it’s a problem.

JS: How can we encourage people to be less aggressively angry?

RN: Any intervention you do around anger isn’t going to work unless people engage in it. It’s hard to convince people who are recurrently angry (particularly individuals who are angry to the point of acting physically aggressively) that they need to be different. If they don’t understand that the cost of staying the same is higher than the cost of trying to be different, they won’t engage.

“When you send out anger, you get anger and aggression back, which makes for a vicious cycle”

Helping people consider the intensity of their anger can be the gateway to change. It’s relatively easy to help people see that when they get really angry, they do something they later regret. You can ask people, Where is your anger getting you? What effect is it having on you? How’s it affecting your interpersonal relations, your daily activities, your work performance, and your personal health? Once a person comes around to seeing the costs of their anger and aggression, they may accept the perspective you’re offering them.

It’s more difficult to deal with people who get angry frequently, because they have a physical and temporal proximity bias. That is, they’ll tell you the reason why they got angry is because he did this or she did that, and that’s why I got angry. Anybody else would’ve gotten angry if that happened to them. They’ll think their anger is fully justified.

JS: How can we be less angry ourselves?

RN: It’s important to understand that we don’t get angry about something just because it happens. It’s because of what that something means to us. Often, we make more of it than we need to, and that charges our anger reaction and can lead to aggression.

How we appraise certain events is something acquired over a lifetime, with a whole network of associations attached to particular circumstances. It’s not that easy to change. But one useful question that you can pose to yourself is, Am I making a lot more of this than I need to? Are things really that bad right now?

The best thing is not to get too angry in the first place. Understanding the cognitive system that leads to anger is important. There’s also a physiological arousal system—how primed your neural and physiological network is to be aroused already—that’s also important to address. I often teach people deep breathing techniques, as well as progressive muscle relaxation. When you can take your whole physical anatomy through a progressive muscle relaxation procedure, it’s very relaxing, and that helps.

I also recommend disengaging from a conflict or dispute—taking a timeout to chill, regulating your breathing, and coming back with a clear head and problem-solving focus. Anger control is not about putting a lid on a boiling pot, holding your breath, and counting to 10. First and foremost, it’s about regulating troublesome internal states when they happen and gaining some resilience around handling progressively more difficult provocations. When you’re calmer, it helps you to problem-solve issues causing you unhappiness, irritation, and frustration.

JS: What about practices like gratitude or compassion? Can they play a role in reducing destructive anger?

RN: Absolutely. When I say that the most important part of anger control is not getting angry in the first place, the way that happens is by having functional antidotes in place in your life. For me, that means appreciation, affiliation, and aspiration.

Appreciating means recognizing the goodness in the world—what is there for you to enjoy and access on a regular basis in life, whether it’s the beauty of the sunshine, flowers among the trees, the ocean, the wonderful people in your life, your health, or the fact that you’re still walking around. When you cultivate that, you’re (as a Buddhist would say) watering the seeds of gratitude and compassion. So that’s an important one.

Affiliation is another. We’re social animals; we thrive in cooperating and affiliating with others. So, building friendships and family relationships are fundamentally important. Unfortunately, people who act in violent ways often surround themselves with criminogenic peers and poison their relationships with other people. We need to build enhancing and prosocial affiliations, and have good support systems in place.

JS: How will working on our own anger help society?

RN: Anger is like heat in a container, like a volcanic eruption, a blast that flows beyond its boundaries and causes damage to relationships in our homes, neighborhoods, work, and elsewhere. Dysregulated, anger permeates our relationships and creates friction. So, to the extent that we’re better able to regulate our anger—to keep it from being too frequent, intense, lasting, and quick, or becoming aggressive or violent—the less toxic it will be to other relationships and domains in our life.

When you send out anger, you get anger and aggression back, which makes for a vicious cycle. I’m not saying there aren’t objectively bad things that are happening around us. But many times, we are overly invested in our expectations and react antagonistically when events don’t fit with those expectations. We can do much better overall by viewing adversities that occur in our lives as in need of a solution, rather than as threats that require an attack.

Fixing problems takes time. It takes a calm, thoughtful, and concerted course of action, especially when problems are embedded in very complex systems. We’re much better at dealing with conflict when we’re calm, healthy, and centered. Anger defeats that. It interferes with our sleep and our health and puts us out of balance, so that we’re not properly disposed to deal with challenges. That’s certainly not helpful.