The poet W.H. Auden called the period after World War II the “age of anxiety.” For Auden, the intense anxiety of that era was a normal human response to the twin horrors of concentration camps and nuclear weapons.

Were Auden still alive, he might conclude that the dawn of the 21st century is the “age of depression.” There would be a crucial difference between the two: Whereas Auden saw the age of anxiety as a natural response to social circumstances that required collective and political solutions, we tend to view ours as an age of depressive psychiatric disorder that requires professional treatment. 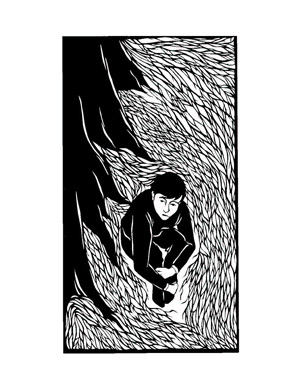 Consider Willy Loman, the lead character in Arthur Miller’s classic play Death of a Salesman. Loman is possibly the fictional character most representative of postwar American life. As he enters his 60s, he has heavy debts, failing health, and strained relationships with his sons. He hasn’t accomplished very much in his life. When he loses his job, he’s forced to admit that he’s a failure, and he kills himself in an automobile accident. When Death of a Salesman debuted on Broadway in 1949, audiences and critics praised it for depicting America’s Everyman, who chases the goal of great wealth but finds himself destroyed by that pursuit. Death of a Salesman received a very different response during its revival 50 years later. According to a piece in The New York Times titled “Get That Man Some Prozac,” the director of the revived version sent the script to two psychiatrists, who diagnosed Loman as having a depressive disorder. The playwright, Arthur Miller, objected to this characterization: “Willy Loman is not a depressive. … He’s weighed down by life. There are social reasons for why he is where he is.” The transformation of Willy Loman from a social to a psychiatric casualty represents a fundamental change in the way we view the nature of sadness.

Studies indicate that major depression afflicts nearly a fifth of the U.S. population at some point in their lives, and the numbers continue to rise. For the past several decades, each successive generation has reported more depressive disorders than the previous for depression has grown explosively in recent years. During the 1990s, spending for antidepressant medication increased by 600 percent in the U.S. Depression has gained an iconic status in both the contemporary mental health professions and the culture at large, through books like Elizabeth Wurtzel’s Prozac Nation and TV series like The Sopranos.

But unlike Auden’s “age of anxiety,” which resulted from identifiable social conditions, there are no obvious circumstances that would explain a recent upsurge in depressive disorders. The conventional wisdom—that modern life is more alienating and isolating than in past eras—would tend to explain normal sadness reactions (analogous to the normal responses of anxiety that Auden observed), not the massive growth of a mental disorder. No one has identified, or even theorized, a social change that might have caused a real increase in brain malfunctions. Certainly treatments have improved, but better treatments do not usually lead to a substantial increase in disease prevalence. What has happened to create the appearance of this epidemic?

The answer is simple: Today we have stretched the psychiatric definition of depressive disorder to encompass normal human sadness. Symptoms such as depressed mood, loss of interest in usual activities, and insomnia might naturally occur for a period of time following any of a wide range of negative events, from a romantic betrayal or loss of a job to a death in the family.

Such reactions, even when quite intense, are surely part of normal human nature. And yet the DSM, which is the diagnostic bible of mental health professions, classifies these reactions as symptoms of a treatable disease.

Sadness is not a uniquely human phenomenon. It’s also found among nonhuman primates and it almost certainly exists for good evolutionary reasons: Sadness can help individuals attract social support after a loss, protect them from aggression after defeats, and promote personal reflection and self-repair. But as science allows us to gain more control over our emotional states, we will inevitably confront the question of whether normal human sadness should be banished from our lives.

How could someone in Willy Loman’s situation use sadness to enhance his life? Perhaps he could consider that sadness as a signal that something has gone wrong with his social circumstances, not with his innate character. He might rethink his embrace of the American Dream and decide that pushing himself to succeed is not worth the cost it entails. Once he gives up this unrealizable goal, he might pursue more rewarding alternatives, reconcile with his family, and find peace within himself. Normal sadness, unlike clinical depression, can indicate that changing one’s values and direction can lead to a fulfilling life.