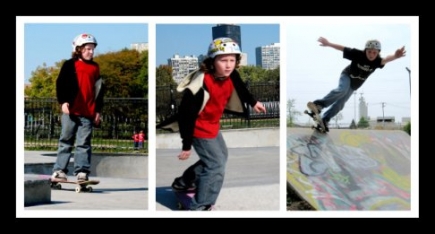 Psychologists have established a solid link between happiness and success. Happier people earn more money, perform better, and are more helpful to their coworkers. Most people assume that this link exists because people feel happy when they are successful. But actually, the scientific evidence suggests that happiness often precedes success, and that fostering happiness and other positive emotions can lead to better performance.

Happiness obviously isn't the only, or even the most important, factor when it comes to achieving greatness. Though Tiger Woods might golf better because he's a happy person (I have no idea) no one would say he rose to greatness on the back of happiness.

Instead, most people would point, emphatically, to Woods' incredible talent. But researchers across a wide array of fields have produced remarkably consistent findings: innate ability has relatively little to do with why people go from being good at something to being truly great.

People who rise to greatness tend to have five things in common:

Will stunning success bring your kids true happiness? Probably not. But knowing that it is practice that makes a person successful rather than innate talent can help kids take the risks they need to in order to rise to the top of their field. More than that, though, research shows that seeing effort as the key to success helps kids enjoy their activities a whole lot more than they do when they are worried about proving their special talent to the world.

Instilling in your child the belief that success in life is due to hard work rather than luck or inherited traits is a parenting behavior generally recognized as supporting the healthy development of children.
Making your child aware of her strengths, not drawing undue attention to her weaknesses, having high expectations for behavior, effort, and achievment are other best parenting behaviors or practices.
GGSC’s stated goal is to expand social well-being in the world.  GGSC also believes that social well-being in communities begins with well-being in children and families.  GGSC’s effort to expand social well-being by disseminating parenting information seems pedestrian at best.  Internet sites that provide parenting information are a dime a dozen.  If Greater Good truly wants to improve the quality of parenting in communities there are more effective ways to go about it.
Parenting behaviors and practices generally recognized as supporting the healthy physical, emotional, and intellectual development of children need to be taught as a matter of course to everyone.  Questions to consider are:  How should parenting be taught?  Who should do the teaching?  Who should receive the instruction?
Community-based parenting education could be a tremendously powerful and proactive tool for preventing child abuse, substance abuse, and other forms of violence.
GGSC ought to take the lead!

This is great, Christine — I hope that more parents will take to heart the findings of Ecicsson (and of Carol Dweck, et al.), stop overpraising their kids, and start emphasizing the virtues — and fun! — of working hard to get better at something.
I’ve added the link for this post to a page of links I’ve been collecting on deliberate practice — it’s embedded in my name. I’ll also promote this on Twitter.
Cheers!

My daughter started her own magazine business at ag 13.  Today she is 17 and a busy entrepreneur.  People often ask: how did raise such an amazing kids who is ambitious, but humble, confident, poised, and not swayed by materialism and pop culture?  While I think my daughter was born with certain traits and talents, I believe my husband and I had something to do with nurturing them.  Here are some pointers in a nutshell: very limited tv in the early years, being read to from a variety of books, especially those above her reading level, feeding her curiosity, not matter what the topic, providing materials to create, build, and explore, offering her a moral compass and positive spiritual community. I hope you’ll take a look at her website to see what she has created.

This is definitely positive and makes logical sense, but I’d love to know the sources and the experiments involved in coming up with the findings.
——-