It is totally weird, but it's true: I have gotten hate mail for writing a blog about raising happy children. And based on the stories I've heard from my co-workers at the Greater Good Science Center, I'm not the only one. But cyber bullies, take note: Research suggests you'll be happier if you make your point politely.

Nasty online communication is a phenomenon called "flaming." Studies show that people are more likely to be hostile and aggressive online than they are in their face-to-face communications. The anonymity of the Internet can block people's self-awareness, making them less in-tune with their emotional states. This makes it harder for people to control their behavior or engage in rational conversation. 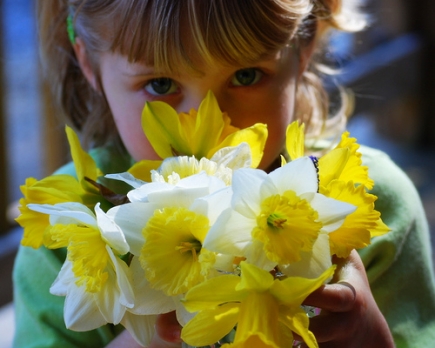 Research also shows that when people flame, their comments reflect how they were feeling before they read whatever they responded so violently to. So we may think we are engaging in an intellectual debate, but actually, we are just acting out the funk we were in before we read that blog post that supposedly ticked us off.

Which is probably why the rude comments and mean emails reached an all time high for me this past Christmas day: the holidays can be a hard time emotionally. Stress levels run high, and people have to deal with difficult family members and difficult emotions. My holiday postings threw several people into a rage; I know now that they were acting out the negative emotions that they were feeling before they read my post.

Besides the fact that people seem just plain crazy when they post nasty comments or send hateful email, there are some great reasons to be polite and respectful.

Reason #1: You'll be happier. Kind people experience more happiness and they have happier memories. And all that happiness affects our ratios of positive to negative emotions. When people experience at least three times as many positive emotions as negative ones, they reach an emotional tipping point—they become more resilient in the face of adversity and more open and creative. Being mean makes you rigid; being nice improves your relationships, your health , and broadens your mind. (To learn more about these benefits, I'd suggest checking out this upcoming Greater Good Science Center event.)

Reason #2: You'll be more powerful. In research settings, the kindest and most altruistic people gain the highest status in a group, and they are chosen most frequently as partners. In the real world, people in high-status positions accrue many other benefits: power, wealth, health, better moods, higher self-esteem, and lower stress levels.

Reason #3: Your children will be happier. We parents model skills and habits that affect our kids' happiness all the time. When we are nice, children learn the skills they need to be nice. When we let loose a nasty email, they infer that it's okay to treat other people with contempt. This won't lead to anyone's happiness.

Moreover, emotions are incredibly contagious. If I'm feeling angry, that anger is likely to transfer to my kids, even if I'm just sitting at the computer writing hostile emails.

Let's be clear: I'm not advocating avoiding negative feedback. I think constructive criticism is one of the best ways for us to grow as human beings. Though even the most well-intended constructive feedback can feel negative, we thin-skinned people are happier and more successful when we learn to cope with negative-feeling feedback rather than simply avoid it.

But there's a difference between constructive criticism and flat out hostility. When you are giving constructive criticism, remember to communicate with warmth and respect. Research shows that when your are clear that you think the target of your comment is competent and worthy of your attention, you will be more likely perceived as a friend rather than a foe, and that this promotes engagement and cooperation. What better way to contribute to the greater good? You can say your piece while doing someone a favor (rather than hurting their feelings). And it is those types of kindnesses that make everyone happier in the end.

And an important correction—in the newsletter last week the links for this event didn't work…if you'd like to buy tickets to the Palo Alto Junior League event, please do so here.

McKenna, KYA, & Bargh, JA. (2000). Plan 9 from cyberspace: The implication of the internet for personality and social psychology. Personality and Social Psychology Review, 4(1), 57-75.

Many thanks to Stephanie Harstrup for her research assistance.

You should be sure to credit Wesley Satterwhite for her photo please!

Great post.  I have always been inclined toward the “if you don’t have anything nice to say, don’t say it at all” viewpoint. (Constructive criticism would be included in having something nice to say.) But lately I’ve been wondering whether I need to be a little more accepting of anger–both my and my kids–as a valid emotion.
You say there’s a difference between constructive criticism and flat out hostility. But isn’t there a vast in-between area?  Can’t you be legitimately angry at someone you think is competent and worthy of your attention?  My sense is that anger is not only a legitimate feeling but that it is/should be legitimate to express one’s anger within certain limits.  Any advise for acceptable ways of expressing anger–both for kids and for adults (when angry at kids)?

I’ve always thought that the trolls and vitriolic commenters I’ve seen online must be very unhappy people. Looks like I was right. It is amazing how violent comments get over the most mundane of issues, whether it is a news site or mommy blog. I also wonder how many of the commenters would make those statements directly to someone’s face without the anonymity of the Internet.
——-