With the stress of finals upon many high school (and middle school!) students, I’m hoping we can pause for a moment to put it into perspective.

Because the statistics on teen stress, my friends, are scary. 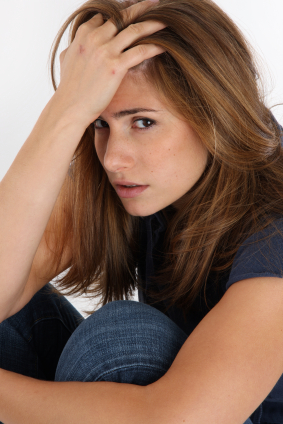 Like most parents, I want my children to succeed in school, and I’d like them to go to college. More than that, I want them to be engaged and passionate learners—not just in school but for their entire lives.

But when you look at the studies of college-bound kids with high GPAs, the picture is not rosy.

It’s a portrait of chronic stress and sleep deprivation, pressure and depression—not one of passionate and joyful learners.

It seems that succeeding in school might not be a “happiness habit.” Consider that in a study of kids from high-performing California high schools, 70 percent of the students “often or always feel stressed by their school work, and 56 percent reported often or always worrying about such things as grades, tests, and college acceptance.”

Although some level of stress can, of course, be motivating or even healthy, chronic stress like what these students describe is very damaging to their developing minds and bodies. A quarter of the students in that study struggle with depression, and 7 percent had recently cut themselves, which people sometimes do to make emotional pain physical. Nearly half reported experiencing three or more physical symptoms of stress in the past month, such as headaches or stomachaches, that they attributed to their academic pursuits.

Many kids use drugs and alcohol to cope; one student said, “When I feel especially stressed out, I feel like intoxication is the best way out.”

It isn’t just kids from that California study, either, nor is it just high school students. Nine to 13-year-old kids say they are more stressed by academics than anything else, including bullying or family crises like death or divorce. In addition:

• The number of kids and teens being treated for depression has doubled in the past five years; a quarter of teenagers felt “sad or depressed every day for two or more weeks” at least once during the previous year.

• Suicides, particularly among girls, are on the rise. Among tweener girls ages 10-14, suicides were up 76 percent between 2003 and 2004; among teenage girls ages 15-19, suicides increased 32 percent. In 2007, 15 percent of kids “seriously considered attempting suicide;” seven percent actually attempted to kill themselves at least once. Suicide is the 3rd leading cause of death among kids ages 10 to 24.

• Twenty percent of students at two Ivy League schools report “purposely injuring themselves by cutting, burning, or other methods.”

There are other significant signs that we are pushing our kids to the brink.

For example, 5.5 million kids and teens are treated for sports injuries every year; one study indicates that about 50-70 percent of these injuries are attributable to overuse. Kids will get hurt playing sports, yes—but they’ll get hurt more often if we are pushing them too hard.

Another indicator that we are pushing our kids too hard is that the kids themselves report being exhausted. Teenagers need 9.25 hours of sleep per night, but the majority average only seven hours, and 25 percent get six hours or less. Younger kids are exhausted, too: first through fifth graders need 10-11 hours of sleep at night, but only 29 percent actually get that much.

Equally disconcerting is the fact that most teens resort to cheating in their quest to get ahead. Ninety-five percent of high school juniors and seniors say they cheated on a test, and 90 percent of middle schoolers admit that they have cheated. Kids feel that they need to cheat—rather than learn—in order to do well in school.

I probably don’t need to say this, but I will: Cheating doesn’t feel good. It makes kids feel badly about themselves, even when they don’t feel especially guilty. Learning, on the other hand, does make kids feel good.

Clearly, our children are in great distress. We need to help them. While many kids are meeting the high standards for school success that we hold out for them, many of those same kids are sacrificing their happiness to do this.

Schools, of course, need to change their homework and testing policies. It sounds like a tall order, but it is possible. For evidence, look no further than Challenge Success, a research-based program that has shown measurable success in helping schools reduce student stress and support their physical and emotional well-being.

This program works. Kids who participate in it actually do better in school, even when they spend less time doing homework and less time worrying about their grades.

Not all kids are suffering, and we’ll do well to understand why. For example, students at The Thacher School, in Ojai, CA, show remarkable physical and emotional health despite intense preparation for college. (Disclosure: I’m on Thacher’s board.)

The Thacher culture is dramatically different from the cultures of stress and cheating found among most college-bound kids. For this reason, I think it is important to take a close look at the places where kids aren’t exchanging happiness for elite college admission.

Parents also play a very important role in making changes.  Next week, I will outline the three things I think are most important for us to do to help save our kids.

References: All of the studies I’ve referenced in this post are summarized on the Challenge Success website, where you can also find links to the full journal articles.