Generally, I believe worry is a waste of time and energy. For nearly 20 years I battled what was probably an anxiety disorder disguised as perfectionism, so I know what a happiness killer anxiety is. 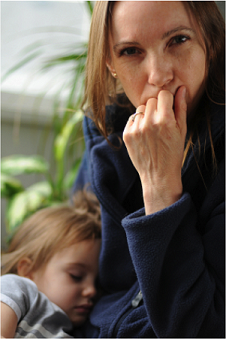 So I rarely write posts that will make parents more anxious about their children, or parenting.

But, I am worried about my children and their friends. It would be irresponsible of me to tell you that our kids are alright. Many are not.

I’ve just returned from a board meeting at a highly selective prep school that is fending off the “specialization ethos” that dominates the culture of higher education: the notion, created by the astoundingly competitive college selection process, that kids should not necessarily be well-rounded, but that they should have specialized, honed, and unique talents by the time they reach puberty. It isn’t enough to be a varsity soccer player or elite cellist anymore; kids need to be the best striker in town, or to have played at Carnegie Hall.

Pressuring our children to specialize young, to achieve, to compete with more and more kids for few spots at elite colleges is soul-crushing for them. It destroys the peer culture so important to teens; it ingrains cliques; it heightens their stress. Consider:

-Kids are increasingly self-medicating to deal with the pressure. Forty percent of high-school students report using marijuana (up from 31 percent in 1991). In college, 40% percent of kids under age 21 report “binge drinking”—having five or more drinks on one occasion—in the last month.

-Kids also take prescription medications to cope. I can’t find official figures, but consensus among college administrators, who get counts from their health centers, is that at least a quarter of students are taking prescription drugs for depression and anxiety.

-Thirteen to 24 percent of high school students cut or injure themselves deliberately. Self-injury is a distressingly common way for kids to express emotional pain and relieve stress and anxiety.

-A quarter of college-age women binge-and-purge to “control their weight” (binge eating and then vomiting is a sign of the eating disorder bulimia). Anorexia is the third most common chronic illness among adolescents, and eating disorders have the highest mortality rate of any mental illness.

When we pressure children to achieve, we cut them off from their sources of inspiration, their passions, and their natural curiosity. They don’t grow up to love learning but instead are schooled in how to game tests and make the grade. This does not make their lives meaningful, or happy.

College-bound kids graduate from high-school knowing very well what is expected of them by others. They know that dad wants them to play lacrosse and mom wants them to be a lawyer, but they don’t actually know who they are, or what they want for themselves.

Here is my advice for raising kids who don’t fall into the large minority of kids that is really struggling: Don’t just worry, do something.

Focus on building skills for happiness, resilience, and character (that is what this whole blog, and my entire career, is dedicated to). If you have teenagers, develop an understanding of what teens really need to lead meaningful and happy lives (this will be the subject of my next post).

Finally, redefine success as more than achievement. Think about fostering real mastery in areas where your kids indicate interests (read about the growth mindset, for example). Teach your children what really leads to happiness and fulfillment in life, and parent toward that.

Do you worry about your kids developing depression, an anxiety or eating disorder, or self-harming? Why do you worry? If you don’t worry, why don’t you?