Becoming successful is easy. You simply have to pick up a golf club fresh out of the womb and, before you know it, you’ll have won 15 major championships. Or learn how to play chess starting at the age of four, paving your way to grandmaster rankings. That’s how Tiger Woods and the Polgar sisters were able to reach success—by getting a head start on the rest of the world, specializing and honing their abilities until they reached mastery. 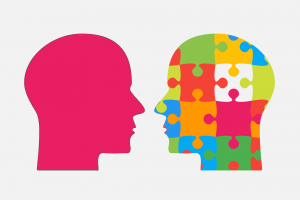 But is that the only route to success?

Not according to Sports Illustrated senior writer and New York Times bestselling author David Epstein. In his new book, Range: Why Generalists Triumph in a Specialized World, he argues that this path to expertise is the exception, not the rule. Drawing from interviews and studies of successful individuals in a variety of fields, Epstein shows time and time again that our greatest strength is the ability to think broadly.

However, specializing can hinder success in “wicked environments,” where there is less repetition and more randomness. Unfortunately, the latter are more prevalent in the complex, rapidly changing world in which we live. That means becoming a generalist—someone who can embrace diverse experiences and perspectives—may be more necessary than ever.

Epstein describes the benefits of sacrificing depth for breadth for children learning music, sports, math, and art; college graduates trying to find their way; mid-career professionals searching for a change; and would-be retirees trying to find a new vocation.

It’s true that specializing at a young age can push children ahead of the curve temporarily, he writes. But replacing intensive training with an approach focused on curiosity, creativity, and experimentation is what often leads to permanent growth instead of short-lived success.

“Mental meandering and personal experimentation are sources of power,” Epstein says, “and head starts are overrated.”

In an academic setting, he writes, learning in a fast and easy fashion can make information harder to retain, while struggling to work through difficult problems is important for long-term memory. A common trend in the classroom, says Epstein, is “blocked” practice, or practicing similar problems on repeat. This type of practice can lead students to get more answers right, but have a low level of understanding.

To develop more flexible knowledge, Epstein recommends learning various subjects, skills, or methods at a time, an approach that researchers refer to as “interleaving.” When students are presented with varying examples to illustrate a particular concept, they can make generalizations more easily and apply what they’ve learned to material they have never encountered before. For example, say that you want to go to a museum and identify a painter by his work—like Gauguin versus Manet. Before you go, instead of studying two separate stacks of Gauguin and Manet flash cards, Epstein recommends you put the cards together and shuffle, so they will be interleaved. Using interleaving in the classroom can lead students to absorb the material better, apply it more broadly, and be more creative, all of which are integral for solving problems.

“The more contexts in which something is learned, the more the learner creates abstract models, and the less they rely on any particular example,” writes Epstein. “Learners become better at applying their knowledge to a situation they’ve never seen before, which is the essence of creativity.” 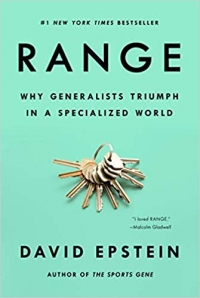 Although a generalist approach may be beneficial in the classroom, how can it be applied to the broader world? Epstein argues that, by attaining breadth in different forms, you are more likely to both thrive in your workplace and be more satisfied with your job.

In a recent study comparing university programs, researchers found that students who were allowed a two-year period of exploration before diving into a particular field enjoyed a higher “match quality” (the degree of fit between their work and their skills and passions) than graduates of universities that had forced students to specialize from the beginning of their studies. Even though students who’d spent two years exploring were behind in terms of specialization, they later caught up in knowledge and put that information to greater use. This study supports Epstein’s contention that “exploration is not just a whimsical luxury of education; it is a central benefit.”

Moreover, “Quitters can be winners,” claims Epstein—especially in the 21st century, where change seems to be the only constant. Sampling different activities, social groups, contexts, and career paths is the most effective way of maximizing match quality. After all, how are we supposed to specialize and find an optimal fit at an early age when our personalities continue to change? When the job market shifts, and our enthusiasm about work dissipates, it doesn’t make sense to stay in the same place.

Epstein reminds readers that no knowledge is wasted knowledge. Relationships between unrelated areas of study are discovered all the time and can often result in the most remarkable innovations. The popular notion of the Tiger or Polgar path to success minimizes the role of detours, breadth, and experimentation. Breakthroughs often occur when we engage in creative, abstract thought and have a high tolerance for failure.

This is good news for me, personally. I have constantly struggled with the classically daunting question, “What do you want to do when you grow up?” As a psychology major, my answer has tended to be, “I don’t really know—maybe a therapist, psychiatrist, or researcher.” After reading this book, I’m inspired to do as many unrelated things as possible until I find what fits best. As Epstein shows, having a varied background and a range of tools at my disposal will likely help open up a world of opportunities.