In my last post, I introduced the idea of “motivational interviewing,” a way to engage with adolescents to make them feel heard, understood, and, ultimately, receptive to our wisdom.

This technique, which has been proven effective in clinical psychology, is particularly useful when we want to influence our teens or tweeners to change their behavior. 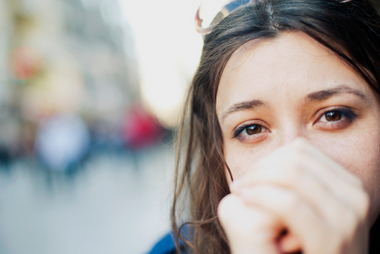 I learned about motivational interviewing from UC Berkeley professor Ron Dahl, an expert on adolescents. From my conversation with Ron, and from reading his written work, I gleaned 10 tips for getting through to teens and tweens. For the first five tips, see this post. Here are the next five:

(6) Surf their resistance like a wave. Say you want your teens or tweeners to get to bed earlier, or to spend more time on their homework. It’s normal for adolescents to resist you on these things, especially if they are feeling pushed to do something they are not ready to do—even if they agree with you on some level. For example, they might recognize that they are not doing as well in school as they’d like, but they aren’t ready yet to commit to spending more time on homework and less time on video games.

Sometimes (often?) we parents cause kids to dig in their heels when we argue our own position more forcefully. This is like trying to be understood in a foreign country where we don’t speak the language: When we ask a question to a local who doesn’t understand English, we may get frustrated and ask again—but this time louder: “WHERE IS THE TRAIN STATION?” Similarly, with teens, it doesn’t help to make the same argument again, but louder. We’ll just annoy them.

Instead of trying to persuade kids, we need to accept their resistance as normal and take with a different tactic—like one I list below, or in my last post.

(7) Genuinely appreciate their position and their participation in the discussion. Used sparingly, affirmations build connections. You might be shocked (or depressed) by what your teen is telling you, and tempted to point out the mistakes that could ruin their lives forever. Instead, appreciate how hard the conversation might be for them, and thank them for their honesty: “I can only imagine that this is an awkward conversation for you. I’m so grateful that you are willing to talk with me about your sex life. Thank you for explaining why you’ve been sneaking out with your girlfriend. Your honesty says a lot about who you are as a person.”

Don’t overdo this one, though, or say anything you don’t actually mean, or you’ll come off as inauthentic and manipulative.

(8) Shift the focus of your discussion. Offer a little relief by changing the topic ever-so-slightly. Perhaps you’ve been talking about how your daughter’s boyfriend sometimes makes her feel unattractive by making jokes about her weight. You might temporarily shift the focus of your discussion by saying something like, “You’re pretty confident that you’re in love with Pete, though, and you say he’s ‘the one.’ Tell me more about that.”

(9) Side with their negative position. When my kids were toddlers, their dad and I used to laugh at how well “reverse psychology” worked, and if you are particularly skilled (meaning, you can do this without sounding critical or sarcastic) it might work with your teen or tweener, too.

For example, your teen might be ranting about how her other parent is really bugging her to try out for soccer; she wants him to back off and let her do her own thing. You could agree with her negative position by saying something like, “Maybe he should just leave you alone, even if it means that he isn’t involved in your college applications, which is what he’s trying to help you with.” Or you could say, “Yes, you both might be better off if he focused his energy on your brother.”

(10) Help them make a behavior plan if your teen or tweener indicates that they are ready to make a change. Do this only if you suspect that they won’t be able to make a plan on their own, and if they indicate that they would like your help. Have them list:

-the changes they would like to make
-the most important reasons for those changes
-the specific steps they plan to take
-the people who can support them—and precisely how those people can help
-the challenges or potential barriers to their success—and specifically what they will do when they encounter these difficulties.

Have them tell you their vision for their success—how will they (and you) know that they have been successful, or if the plan is working?

In what areas do you want to guide your teen or tweener toward better decisions? Which of these techniques do you think will work best?

Read Part 1 of this posting here.