My college roommate, Leila, only needed five hours of sleep per night to feel rested. Calm and cheerful, Leila easily completed the assignments for her double major and played viola in the orchestra. I was inspired by her productivity, but I also felt jealous because I struggled to feel as though I was getting enough done each day. 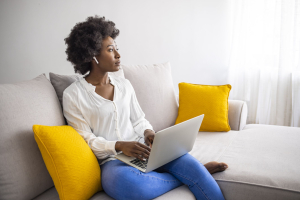 The nagging sense of “I’m not doing enough” followed me for years, and it’s one that I hear often from others. Every week, there’s so much to do: work-related tasks, cooking, cleaning, caring for kids or other relatives, connecting with friends, paying bills, completing errands, tending to physical health, and handling unexpected situations like a flat tire—all within a context of local, national, and global problems needing advocacy and action.

It’s easy to criticize yourself for not getting enough done, but that can just make things worse. People who engage in self-criticism tend to be more depressed, which in turn tends to go along with lower productivity.

What’s the alternative to living in the mental space of “I’m not doing enough?” Several strategies can reduce your self-judgment and increase your satisfaction about your accomplishments. In my new book, The Self-Talk Workout, I describe these skills in detail, including reflections from college students who have implemented them as part of the psychology classes I teach at Seattle University.

Different situations call for different approaches, of course. If you are grieving or enduring other intense emotional turmoil, it can help to view getting through the day as doing enough. Perhaps you struggle to get going or to focus on only one thing at a time. It may be a season of life when it feels right to do less in order to prioritize other ways of being or growing, or you might wish that you could do less but have considerable financial or caregiving constraints. On the other hand, you might feel eager to get more done, but also wary of a culture of productivity that signals that a person’s worth is based on work-related achievements.

Whatever your situation, some of the techniques I suggest below help you instigate new mental perspectives, while others focus on adjusting your behaviors. Deliberately applying strategies to your own situation can boost your engagement in meaningful activities and quell your worries about not doing enough.

Instead of a “to-do” list, try out a “done” list. Write down 10 things that you’ve done today that have helped your life, someone else, or the world. There is no item too small. Taking a vitamin or texting a friend can feel like nothing, but each action is beneficial and each action matters.

“Spot the success” is about appreciation, not evaluation. The goal isn’t to assess how much you’ve done or how well you’ve done it, but rather to nourish gratitude for each positive action.

This technique is a form of cognitive reappraisal—that is, looking at the same situation in a different way—a skill linked to lower levels of depression. Instead of focusing on what you haven’t done, you’ll take a couple minutes to highlight what you have done. People often report that this practice helps them get more done, because it can build feelings of encouragement and momentum. And others find that it helps them relax, as acknowledging their positive actions shows them that they have, in fact, done enough.

One of my students commented, “Instead of believing that I have wasted another day, the practice helped me recognize that simple tasks like brushing my teeth and doing my laundry are still important tasks that helped my life.”

Most people want to feel motivated to engage in specific activities, such as exercise or writing. It might seem counterintuitive, but jumping right into an activity, even if you don’t feel any motivation at all, often leads to feeling motivated.

This technique is called behavioral activation: engaging in planned activities that align with your goals and values, even if you don’t feel like it in the moment. Behavioral activation is an effective treatment for depression, anxiety, and post-traumatic stress disorder (at least as effective as anti-depressant medication or cognitive therapy).

One of my students recalled struggling to attend classes and exercise because of low motivation and social anxiety, only to report that practicing behavioral activation resulted in attending class more frequently, exercising more consistently, and experiencing less anxiety.

Would you like your entire home to be much more organized? So would I. However, professional organizers Clea Shearer and Joanna Teplin advise their clients to start with just one drawer or a straightforward task such as clearing out expired food. They explain that identifying a small, manageable goal increases confidence, and makes it less likely that you will become overwhelmed and give up.

You can also “chunk” work, errands, or exercise goals into manageable units. It feels a lot better to tell yourself, “I completed three specific tasks!” than to carry around the sense that “I failed to complete one big task.” One study found that chunking “macrotasks” into “microtasks” resulted in people doing higher-quality work, being more resilient to interruptions, and finding them easier than “macrotasks.”

Taking out the garbage or replying to email can seem like annoying obstacles to more meaningful work. Or perhaps you feel guilty when spending time on hobbies or relaxing.

Can you experiment with really tuning into bodily sensations in the moment, to heighten your mental presence during each activity? You might attend more closely to the texture of the garbage bag or the pressure of your fingers as you type. You can remind yourself that the current activity is the only thing that you have to do or think about in this very moment.

Increasing mindfulness within daily activities can strengthen your sense of productivity. Mindfulness decreases rumination (including worrying about not doing enough). Because people who practice mindfulness tend to have clearer values and to be less judgmental, you may also find that you’re less likely to judge yourself according to how much you’ve accomplished.

I might never feel as though I’m doing “Enough,” or what I call “Enough with a capital E.” I just don’t think it’s possible to finish every outstanding task or goal, especially when combining work, parenting, or other roles with the activities of daily living. The impossibility of doing Enough—that is, finishing all tasks regularly—might reflect a basic existential challenge. Accepting the difficulty of that feeling as a human problem, rather than seeing it as a problem about you, might make it feel more bearable. 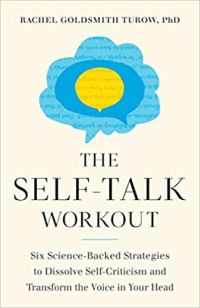 This essay is adapted from The Self-Talk Workout: Six Science-Backed Strategies to Dissolve Self-Criticism and Transform the Voice in Your Head (Shambhala, 2022, 272 pages).

Even if doing Enough is unattainable, it may be possible to feel like you’re doing “enough” with a little “e.” Doing “enough” reflects a sense of active engagement with goals and activities, even if you haven’t completed or started them. It’s a feeling of being in the mix, as though you’re doing some good stuff, rather than feeling overwhelmed, withdrawn, or like a failure.

Researchers have noted that although unfinished tasks can lead to rumination and sleep problems, making a specific plan to tackle achievable tasks can reduce intrusive thoughts and the attention drain arising from them. You may also find that combining some of the different mental and behavioral strategies listed above can help you view yourself and “feel” yourself as doing enough.

A range of contextual factors can also impact your engagement and productivity, including nutrition, activity levels, substance use, and stress. Some days won’t be very productive, and that’s OK. During one recent writing session, I realized I had slept so poorly the previous night that I simply couldn’t focus effectively. By acknowledging and validating my fatigue, I could accept not feeling particularly productive. I tried writing again the next day, using the “chunking” and “spot the success” practices to notice and reinforce success in completing each small chunk.

Zoom writing dates with a friend across the country have helped me to “act before feeling like it.” I might not feel motivated at first, but after I begin to write at the designated time, both my motivation and my words start to flow. Finally, when I tune into physical sensations, it feels like giving myself permission to relax. It’s OK not to be busy all the time—to be an alive, human person in the moment rather than a task-performance robot.

As one of my college students put it, these sorts of practices “help me look at myself and my productivity differently.” They are essentially antidotes that can change the habit of telling yourself that you’re not doing enough. And in fact, the habitual nature of judging yourself frequently and automatically can impact your well-being over and above the content of such thoughts themselves (“I’m not doing enough”). Whichever practice works for you, remember that you do have the capacity to change habitual thoughts that you’re not doing enough. By repeating a specific technique for a few minutes each day, you can instead cultivate an inner experience of appreciation, momentum, and productivity.