Recently, I was at dinner with two other families. Another guest’s nine-year-old son, Sean,* was provoking his 12-year-old sister, Madeline,* taunting her, getting in her space. The sister responded with a screechy “I HATE YOU!!”

What ensued was painful to watch, but highly predictable.

The kids’ dad, clearly embarrassed by their behavior, says, “Both of you, knock it off, right now!”

Madeline: “But I didn’t DO anything.” 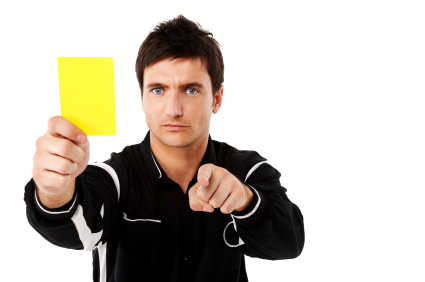 Madeline, half screaming, half whining: “He was BUGGING me!”

Dad: “If you guys can’t get along, we are going to go home. I mean it. This behavior is unacceptable.”

Dad turns back to the rest of the adults and rolls his eyes. We chuckle a little. We’ve all been there.

It seems harmless to put a big consequence out there, like threatening to leave a party the kids are enjoying. Odds are, they’ll shape up so they can stay.

But not two minutes later, the brother is at it again, steering his scooter too close to his sister and her friend. “GO AWAY! You’re such an IDIOT!” she screams with emotion that only comes when someone is pushing your buttons.

Dad assesses the situation; the host is starting to serve dinner. There is no way he is going to make good on his threat to leave right now. What should he do?

We all make empty threats sometimes, especially in the heat of the moment, hoping to coerce better behavior out of our kids. But there are several problems with threatening to do something and then not following through on it.

Most obviously, empty threats weaken our influence. Kids are smart; once they know that we are unlikely to follow-through on a threatened consequence, our words have much less meaning. This is especially true in certain situations, like being in public or at a party, where kids know it’s more likely that we parents WON’T follow through. So they learn to not pay much attention to those threats at all.

This means that we, the parents, aren’t fully in charge—and, consciously or unconsciously, this makes our children insecure. Kids need someone who has been around the block a few times to be in charge. They need structure and rules—or they start to feel insecure.

But there may be an even bigger problem: It lacks integrity when we say we are going to do something hard, then don’t do it. Our children will behave like we do, especially as they grow into teenagers and adults. When they face a challenge, do we want them to tell everyone that they are going to do the hard thing, then pretend like they never said they would do it? Of course not, but we can only expect them to have as much integrity (and commitment, and courage) as we have.

Fortunately, there are much more effective ways to deal with our children’s undesirable behavior. Here’s a step-by-step plan.

1. Make a list of the privileges your kids enjoy regularly, and would miss if they lost. These could be TV time, dessert, lessons or athletic practices, rides to school when they can take the bus instead, etc.

2. Pick something that you can easily enforce—one standard, predictable consequence. Perhaps your pre-teen daughter is glued to her phone, or your son particularly loves watching sports on TV, or you already have a time-out routine that is working.

3. Decide what battles you are going to fight. Kids benefit from having a “bright line” painted for them. What is always off-limits? For example, in our house, calling other people names, saying you hate someone, intentionally making someone unhappy or angry, hitting, talking-back, and cheating at UNO are always against the rules.

4. Have a family meeting to talk about this. Tell your kids that you are making a concerted effort to say what you mean, and mean what you say. Give them permission to hold you to it. My kids throw a pretend flag in the air like a football ref and say “E-flag!” (E is for “empty threat”) if I say something they suspect I won’t follow through on.

6. Here’s how to enforce those rules. When kids misbehave, issue one warning by saying, “This is your warning,” in a calm voice. (Kids benefit from a warning, because it gives them a chance to self-correct. This will help foster their self-discipline, so eventually they don’t need you at all.) Then, if they cross the line again, they lose the pre-decided privilege—which you can let them know as calmly as possible, such as by saying, “Please bring me your phone,” or, “I’m sorry, you won’t be having dessert tonight.” Or calmly pick your toddler up and put her in time-out.

This is key: you don’t need to explain what they did wrong, even if they act like they have no idea what they are doing wrong. If kids can learn the rules to Candyland, they can learn your family rules. Kids know when they are misbehaving; don’t let them fool you. If they really aren’t sure what they did, they’ll figure it out fast if they know they are about to lose a privilege.

7. Be very, very consistent. As consistent as humanly possible. Most kids will seriously test you for at least a week, some longer. Stick to your guns. Imagine you are refereeing a televised soccer match: The rules are clear. Your job is clear. You can’t overlook violations mid-game and expect the players to still consider you the ref.

Do you suffer from “empty threat syndrome”? If so, do you think the plan above will work for you?  Inspire others by leaving a comment below.

*Names have been changed.