My children would tell you that I am obsessed with improvement, both in myself and in them.  Last week a new habit-tracker appeared on the fridge, one I created for myself, and my older daughter nonchalantly commented, “What are we working on now, mom?”

So I am loving Chip and Dan Heath’s book Switch: How to Change Things When Change is Hard, which I wrote about last week.  The first part of the book explains how to use our intellectual and analytical capacities to foster change in organizations—the organization I’m interested in, clearly, is my family—but anyone who has ever presented a bullet-proof argument for change knows that sometimes, reason just isn’t that inspiring.  (I once posted a list of “Top 10 Reasons You Should Get Dressed For School Quickly” on our refrigerator, only to have the kids giggle, then take even longer to get ready.) 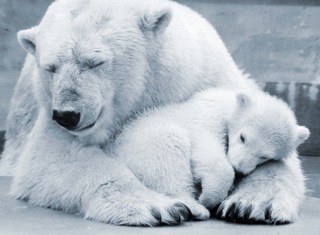 The Heath brothers’ main point is that it actually takes more than cool, hard logic to bring about change.  It also takes HEART.  (And it takes the right situation, which I’ll get to next week.)

To motivate effective change in our children, we need to appeal to their subconscious brains, not just their analytical and reasoning capacity.  The Heaths have three research-tested suggestions for this:

1) Appeal to emotions.  We all know that we feel more motivated to change when something scares us; think about the changes we are willing to make after we have a brush with death or a serious medical incident.

I find that with kids, appealing to their positive emotions is a surefire way to motivate them, so show them something that makes them feel good.  Want your kids to practice the guitar more?  Take them to a concert where their guitar hero is playing, and they’ll be motivated!

2) Break the changes you want into teeny, tiny steps.  I’ve called these “turtle steps” on my habit tracker, and believe me, this step is KEY.  Kids (like their parents) do better when they have some quick, easy wins.  My trick for doing this is to start a habit tracker (read this post to learn more about that) on, say, a Wednesday, and mark off Monday and Tuesday as done.  Why not have the first few “wins” come FREE?  Research shows that this little psychological trick works wonders.

Last week a blog reader gave a great example of this:

Our 9 year old daughter has a horse, and we wanted her to feed him twice a day. My husband began a program of “getting her in the habit” by saying, “C’mon, it’s time for you to go feed your horse” and going with her out to feed him. After about a month and a half of doing this with her every day, twice a day she was “in the habit”. We both agreed that telling her to do it twice a day would not have been nearly as effective as modeling the “get up and go” to do so. He’s also made it clear that he’s willing to do it for her sometimes, but it’s her responsibility to ask him. Usually, however, she remembers and does it herself now.

The turtle step was doing the chore WITH their daughter for the first few weeks – this makes it easy to accomplish, and lays the foundation for the desired habit.

3) Appeal to a new identity. Whom do your children aspire to be?

While you might want them to aspire to be neat-knicks who keep their rooms clean AND help out with the laundry, that goal is unlikely to motivate them.

But maybe they do aspire to be environmentalists who want to save polar bears, and perhaps this identity will motivate them.

Here’s how this has worked in my family: Molly was making me crazy by changing her clothes 10,000 times a day—creating a lot of laundry.  Around the same time, she saw a video about the melting ice caps and the plight of the polar bears (this appealed to her emotions).  I explained to her that each time she put a not-really-dirty shirt into the hamper to be laundered, she “cost” the earth a lot in the water and energy it would take to run the machine, and this hurt the polar bears.

Long story short, she became a dedicated clothes re-wearer (much to my mother’s chagrin, as she re-wears clothes that are, in addition to being not-really-dirty, are also not-really-clean).  She also likes to help DO the laundry, so she can limit the amount of soap added and make sure we’re washing everything on cold.

Up next week: Motivate change by changing your environment.

I’m thinking a lot about motivation and kids, and I appreciate all of your comments about what you would most like to change about your kids.  Please continue to submit both your success stories and your frustrations in the comments!