Last week, The New Yorker reported that Mark Zuckerberg’s 2010 gift of $100 million to the Newark School District hadn’t really improved the schools—with most of the money having been spent on labor contracts and consulting fees. 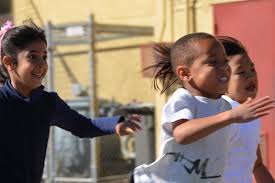 Meanwhile, on the opposite coast, Oakland Unified School District (OUSD), an urban district with demographics and challenges similar to Newark’s, has taken a very different tack to school reform—and it’s not costing $100 million: The district is transforming itself from the inside out, through social-emotional learning (SEL) one adult at a time.

This is significant because organizational psychology research has for many years shown that lasting change happens only if the individuals within the system are willing to transform their own beliefs and practices, from the ground up. In this challenging process of social and emotional transformation, Oakland is forging a new model of school reform—one that other districts could adopt.

Making SEL part of the culture

As in the Newark School District, Oakland Unified struggles with educating students who live in a city with high levels of crime, violence, poverty, and dropout rates.

To help students exposed to these unfavorable emotional and environmental factors, OUSD for several decades has implemented SEL programs such as Tribes, Second Step, Responsive Classroom, Caring School Community, Roots of Empathy, and restorative justice. Similar to many school districts’ efforts in adopting SEL programs, the focus had always been on the students who were receiving the training, rather than the teachers who were implementing it.

Then, with the advent of No Child Left Behind in 2001, all SEL efforts were put on the back burner to focus exclusively on academic achievement. 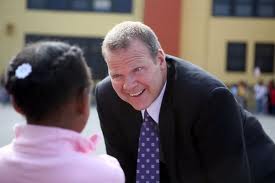 Enter former superintendent Tony Smith in 2009—a school leader who understood the integral link between SEL and academic success, but whose vision wasn’t limited to stand-alone SEL curricula kits.

According to Mary Hurley, Coordinator for SEL and Leadership Development in OUSD, “Tony Smith had a very clear vision that, in order for SEL implementation to be successful, the adults needed to be in right relationship with each other and with the students.” In other words, the adults had to model what was expected of the students.

Thus, SEL in OUSD was no longer to be viewed as a once-a-week 30-minute lesson. Instead, it was to become part of the cultural fabric throughout the entire school district—weaving itself through things such as adult relationships, student-teacher relationships, curricula, and evaluation processes.

The challenge was how to effect such persuasive change in 87 schools with 36,000 students and almost 4,400 staff members where no effort had ever been made to educate the district’s middle management, district leaders, program managers, curriculum directors, or principals on SEL and academics.

Research clearly indicates that leadership is key to successful implementation of SEL.

And that’s where OUSD started: First with a five-year strategic plan that made SEL a priority and then through the school board adoption of preK-adult SEL standards—a remarkable shift in the educational landscape, as OUSD is the only district in the entire country to adopt SEL standards for adults. 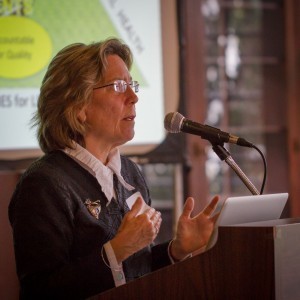 Right from the beginning, there was an expectation that the adults, not just the students, needed to be held accountable for their social-emotional skills.

“The piece that makes this extraordinary is we’re describing a whole school system,” states Hurley. “We’re in the process of embracing SEL as a core process of how we operate as adults. And we’re doing that because we know we have to do that before we can expect our students to do it.”

However, previous SEL implementation efforts had taught both Hurley and Kristina Tank-Crestetto, Director of SEL and Leadership Development, that top-down mandates for SEL programs—let alone expectations that adults demonstrate these skills—usually meet with a lot of resistance and often fail.

To overcome these obstacles and generate genuine, effective buy-in from the adults, the plan was to instead educate every adult in the district about SEL and involve them in the rollout of the SEL vision.

With the help of a grant from and thought partnership with the Collaborative for Academic, Social, and Emotional Learning, Tank-Crestetto and Hurley set about changing the culture of OUSD by helping all the adults become SEL-literate. But they also knew that culture change is not something that happens overnight, especially when it comes to cultivating the social-emotional skills of adults.

“We soon realized that we had to go slow to go fast,” says Hurley, “and that the adult SEL standards were to be used generatively—as a way to examine our SEL practices—rather than punitively.”  They understood that the adults in the district needed to go through their own learning processes around SEL in order to truly integrate social-emotional skills into their daily practices.

The process started with an SEL Design Team, made up of 25 people, mainly from the district office, who didn’t normally have a voice in SEL and academics but who were in key leadership positions, along with a few principals. This team met once a month for a year to discuss and intentionally practice the SEL competencies listed in the adult standards.

“We started with ourselves,” states Hurley, “being really frank and honest with each other to develop trust amongst the group, and then holding ourselves accountable and admitting just how really hard this process was.”

The group also discussed the cultural aspect of SEL—a piece often left out of the national conversation around social-emotional learning. Given the diversity of Oakland, the Design Team knew that they wouldn’t get far if they didn’t address this aspect.

As a result, this cultural lens—inclusive of things such as race, class, gender identity, discrimination, age, and language—became one of the central pieces that emerged from the Design Team’s work. And this cultural-inclusion process created trust. According to Hurley, people whose voices had been marginalized suddenly realized that they did have something to offer to the process.

Included in these meetings of the SEL Design Team was the expectation that participants would take this work back to their own departments.

Brigitte Marshall, Associate Superintendent of Human Resources and member of the SEL Team, felt the responsibility of being an SEL ambassador to her own employees.  “If Human Resources is indeed the guardian of the employee experience,” says Marshall, “with a responsibility to nurture and grow well-balanced, self-aware, responsible decision-makers in our employees, then we have to manifest that first in our own department.”

Perhaps one of the most remarkable and significant outcomes of the Design Team was the buy-in of the teacher’s union, whose leaders were part of the Team from the beginning. In some ways, according to Hurley, it was a natural fit as both groups shared the mission of creating the best possible conditions for teachers.

Historically, OUSD’s relationship with bargaining groups has often been a contentious one. “But all that has changed over the last five years,” says Tank-Crestetto. “We knew we had to model a healthy relationship and the union has told us how amazed they are at the openness of the SEL leadership to feedback. Now they want to partner with us, to co-sponsor things, help update teachers, and connect with all this health and wellness work.”

Bringing SEL to the classroom

After a year of Design Team meetings, the next step was to roll out this process to schools and teachers.

Again, to keep the SEL vision from seeming like a top-down mandate, the leadership team started small by creating a group of teacher-leaders—one from each school site—who focused not only on developing their own SEL capacity, but also on integrating SEL into their own teaching practice.

“The big ah-ha for many,” says Hurley, “is that SEL is integral to successful implementation of the Common Core. That’s why we chose to focus on ‘academic discussion’ in the 2013-14 school year—because it’s really hard for students to have an academic discussion with each other without SEL skills.”

As the entire school district focused on bringing more academic discussion into the classroom, the SEL group of teacher-leaders met quarterly to discuss, practice, and deeply understand the integration of SEL within this kind of discussion. For example, during one of their meetings, the teacher-leaders divided into small groups and took turns facilitating a short “academic discussion” on the topic of holidays.

“They realized very quickly how difficult it actually is to do this,” says Hurley. “But that’s okay because it normalizes that everyone is having a hard time. It made their emotional reactions and how they were handling them a valid part of their professional learning rather than something they talked about in the parking lot afterwards.”

Similar to the SEL Design Team, the teacher-leaders then shared what they learned from their group meetings with the staff at their school sites. As would be expected, results were mixed.

On one hand, Kindergarten teacher and SEL/Caring School Community (CSC) teacher-leader Micaela Morse saw a definite shift in relationships at her school. “People feel safer in the community than before,” says Morse. “We’re growing as professionals because we’re engaging in collegial conversations, which are happening because of this social-emotional work.” 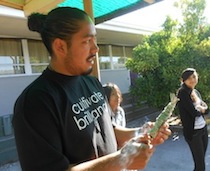 But Kurt Kaaekuahiwi, a middle school SEL/CSC teacher-leader who teaches Ethnic Studies, has seen a slower change at his school.

“You’re talking about shifting adults’ belief systems, and especially teachers who have been thinking the way they have for so long,” says Kaaekuahiwi. “It’s hard to unlearn things. So how do we support adults in developing a reflective mindset about SEL without ostracizing them or further complicating all the things that they’re asked and required to do? That’s a very difficult and very real thing to talk about. And it’s hard.”

When asked about outcomes of building SEL into the fabric of Oakland Unified’s culture, Hurley eagerly responds, “In only the second year of this work, the SEL campaign has been extremely successful—beyond our wildest dreams. Now our challenge is that we don’t have the capacity to meet the demands that have resulted from such heightened awareness.” Examples of these demands include:

In the end, the question remains: Will all this effort put towards SEL improve academic achievement? It’s too early to measure the impact in Oakland Unified, but those leading the change have good reason to hope: Research on SEL clearly shows a link between social-emotional skills and academic success. 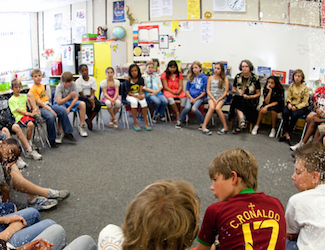 But better grades and test scores are not the most important aspect of what OUSD is trying to accomplish. Ultimately, the district is addressing the human dimension of education—the part that goes beyond test scores and that, in the end, is more lasting and more useful for everyone involved, students and adults alike. By acknowledging and respecting that relationships are crucial to creating positive learning environments—and that this relationship-building must not be limited to the classroom—OUSD has embarked upon what could be one of the most effective school reform models to date.

Could OUSD’s work be replicated in places like Newark, so that $100 million doesn’t go down the drain again? Hopefully.

“There’s no blueprint for how this gets done,” says Tank-Crestetto. “But people have found that building trust and being in relationship and being reasonable is what works.”

This story was written with the support of the Solutions Journalism Network.