If you are one of the 45 million Americans who will diet this year, you’ve probably made a New Year’s Resolution to cut your calorie consumption.

Please don’t do this.

I’m not saying you don’t need to lose weight, or that you are healthy just the way you are. Maybe you aren’t. According to the Centers for Disease Control and Prevention, 34 percent of American adults (and 18 percent of teens) are obese.  Many of us stand to become much healthier by becoming more fit and less over-weight. 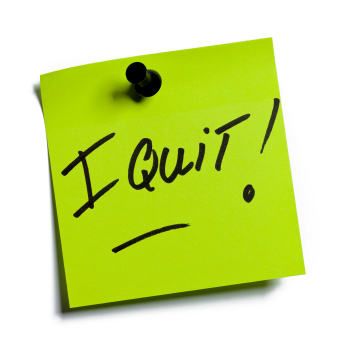 But why start the New Year devoting your energy toward something that in all likelihood won’t get you long-term results? More than that, why do something that puts your children at risk?

I know many of you are already arguing with me because you have chosen the one diet in a gazillion that actually WILL work, that has worked, that is healthy and risk-free, that you have proof.

To you I say: Please read on.

First, here’s what I mean by diet. I’ve taken this definition verbatim from Dianne Neumark-Sztainer, a professor of public health at the University of Minnesota:

Dieting for weight loss: An eating plan that includes rigid rules about what to eat, how much, in what combinations, or at what times, that is usually followed for a specified period, for the purpose of weight loss.

Here is why not to diet for weight loss this year:

1. Diets don’t work. Depriving the body of food doesn’t tend to produce long-term weight loss. There is a multi-billion dollar diet industry out there that doesn’t want you to know this, but it is true.

Nearly 65 percent of dieters return to their pre-diet weight within three years, according to Gary Foster at the University of Pennsylvania’s Weight and Eating Disorders Program. Moreover, only FIVE PERCENT of people who lose weight on a very restrictive diet (like a liquid diet, or a no-carb diet) keep the weight off. Those are terrible odds.

2. Dieting can make you unhappy, or even depressed. Mood and eating are highly linked biochemically. People who diet are at higher risk for depression and anxiety problems, especially when they’ve experienced a depression before. (Anti-depressants increase the impact of the brain chemical serotonin, and when we restrict our calories, we produce less serotonin.)

Even if you don’t become depressed, dieting increases the odds that you will feel bad. Here’s why: As soon as something becomes forbidden (say, pasta) we want it more. So we eat the thing that we now want so much because we can’t have it, and then we feel guilty that we’ve indulged in something forbidden. The irony is that usually we eat more of the forbidden food (i.e., we binge eat) than we would if the food had never been forbidden.

3. Dieting is bad for kids, especially teens. This is the main reason I wish we would give up our national dieting pastime: Because parents’ diets can hurt kids.

There is a strong association between parents’ dieting (particularly extreme diets and calorie counting) and similar behaviors in teens. For example, 72 percent of girls whose mothers “diet a lot” engage in unhealthy weight control behaviors, such as skipping meals and binge eating.

You may want your child or teen to lose weight, but dieting is even less effective for kids than it is for adults. Several studies have shown that teenagers who diet tend to gain weight over time. (And not because they start off overweight; researchers control for that.)

Dieting invites other risks, too. Girls in one large study who dieted frequently were 12 times more likely to binge eat. Serious dieting increases a teen’s risk of developing an eating disorder to 1 out of 5—a risk that is only 1 out of 500 for kids who don’t diet.

One landmark study showed that teen dieters tend to experience fatigue, anxiety, loss of interest in life, and mental sluggishness. Another study showed that dieting could predict the onset of depression in teens four years later.

All of this is not to say that we shouldn’t become healthier and more physically fit: we can make resolutions to eat more fruits and vegetables, for example, and to exercise consistently. We can be “healthy eaters,” just not “dieters.”

Does this post raise more questions than it answers for you? I am going to continue to post in the New Year about eating, weight loss, and raising kids with healthy bodies—AND healthy body images.  What would you most like to know?

Do you have a dieting or over-weight teen that you are worried about? If so, I highly recommend Dianne Neumark-Sztainer’s book “I’m, Like, SO Fat!”: Helping Your Teen Make Healthy Choices about Eating and Exercise in a Weight-Obsessed World.