Every time I watch this hilarious video of a little girl cheering herself on, I think: Her parents must be pretty happy people.  I don’t know for sure, of course, but my guess is that they model happiness and confidence and gratitude on a daily basis, and she’s simply copying them.

So whenever I see research which shows that parents are, on average, less happy than their childless counterparts, my heart sinks.  Equally devastating to me is the research that reveals how my generation of women is unhappier than previous generations. If we aren’t happy, our children aren’t likely to be happy, either.  And I really don’t want my children’s generation to follow in our unhappy footsteps.

We have cause to worry that they are, though.  Studies on college students have revealed that approximately 53 percent display symptoms of clinical depression. According to the Centers for Disease Control and Prevention, suicide is the third leading cause of death for young people ages 15 to 24, and the second leading cause of death for college students. And these statistics are getting worse.

I think many parents are unhappy, but they assume that their stress and anxiety and even depression are all just part of being a parent today.

This reminds me of research about how we humans often don’t act, even when we know something is wrong. In one study, research subjects were placed in a room to fill out a survey.  Here is how Chip and Dan Heath describe the experiment in Switch:

Some were left alone; others were put in rooms with two other students.  As they filled out their surveys, a “crisis” emerged.  Smoke began to pour into the room through a wall vent.  The smoke continued to flow, in irregular puffs, until eventually the room was filled with haze.  Of the students sitting in a room by themselves, 75 percent got up and found someone to alert about the smoke.  But when three students were placed in the room at the same time, only 38 percent of the groups of three ever reported the smoke. They just sat there, inhaling the smoke, each individual’s inaction signaling to the other two people in the room that this smoke cloud isn’t such a big deal.

More than half of our college students are depressed: This is a big deal.  It is time for us parents to stop sitting around inhaling smoke, looking around and assuming that because everyone else is inhaling the smoke, the stresses of our lives are normal, that everything is okay.  It isn’t okay; modern life is pushing us to the brink, and our kids along with us.

We need to push back. And given the role that our social environments play in our lives, the more of us who try to do something, the greater the chance that others will follow suit. Here is what I’m shooting for:

Will you join me?  Being a happier parent isn’t the only way to raise happy kids, but it is the best way. Instead of staring at each other, smelling the fire but not putting it out, here’s the first step you can take to do something:

I understand that improving my own happiness is a way to make the world a better place.  Over the next nine months, I will take steps to increase my happiness.

For today, that’s all you need to do: just sign the pledge! I’ll offer concrete suggestions for change next week (the fact that you’re already reading this blog gives you a head start). But for starters, never underestimate the power of desire and intention.

Producing a sea change in our happiness may seem like a monumental undertaking, but actually, more often than not big changes come from a succession of small steps.

Researchers know a lot about why parents, particularly women, are less happy today than they have been in previous generations, and we have a pretty good idea how to fix it.  The new science of happiness gives us a clear roadmap—a guide to those activities, skills, and beliefs that are highly likely to raise our happiness.

Happiness is a Property of Groups
Although we usually think of happiness as being an individual trait or a function of our personal experience, it isn’t just those things.  It is also a property of our social groups! 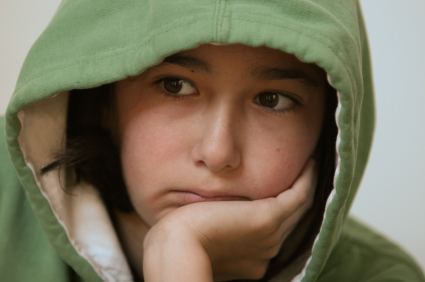 Emotions spread so rapidly that your happiness can affect not just your children, spouse and close friends, but 258 people in a single day.  According to Christakis and Fowler, every time you feel an emotion—whether it is hope or anger, gratitude or fear—it spreads to six people you know: family and friends, neighbors and coworkers.  Then it spreads AGAIN, to six people each of them know, and AGAIN, to 6 people each of THOSE people know.  By the end of the day?  Your emotion has touched 258 others.

Thank you for being a part of this Happiness Movement: You are making a difference!